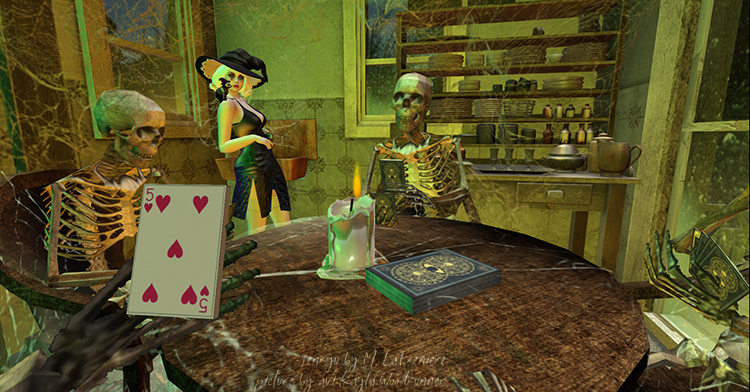 Senryu : Deal me in, boys 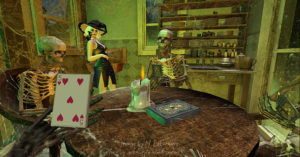 Looks at my title.  Huh. Mae West would have said something much funnier and sexier.  Wish I had a tenth of her sense of comedy.

Mae West, confident and sexy at any age

Before Madonna and Marilyn Monroe, there was Mae West. F. Scott Fitzgerald once described her as “The only Hollywood actress with both an ironic edge and a comic spark.”

At age 14, West appeared in her first vaudeville show. Four years later, in 1911, she appeared on Broadway. Despite “A La Broadway” closing after eight performances, a New York Times writer spotted the “”girl named Mae West, hitherto unknown, pleased by her grotesquerie and snappy way of singing and dancing”.

“You only live once, but if you do it right, once is enough.”(Mae West)

“I wrote the story myself. It’s about a girl who lost her reputation and never missed it.” (Mae West)

She continued to write and perform in her controversial plays but her big hit came with Diamond Lil (1928) which led to a small role in Night after Night (1932) when George Raft suggested her. West pushed to rewrite her lines and it became one of her most famous quotes when the hat-check girl exclaimed, “Goodness, what beautiful diamonds!”, Mae West replied

“Goodness had nothing to do with it, dearie.”

When women go wrong, men go right after them.

Billie Holiday, Sarah Vaughan, Ella Fitzgerald, and Tucson’s own Linda Ronstadt were among the many singers who would later cover My Old Flame.

Mae West returned to writing plays with Catherine was Great (1944), running for 191 performances. In the 1950s, she created a Las Vegas show surrounded by wall to wall male body builders; she laughed and said the show gave the women something to look at while their men came to watch her. Her recording started with 78s, then 45s and finished with two rock-and-roll albums (Way out West, 1966 and Great Balls of Fire, 1972). The counterculture youth loved her in the 1970s, admiring her for her sexual openness and fight against censorship and the students of the University of California-Los Angeles voted her Woman of the Century in 1971.

“A dame that knows the ropes isn’t likely to get tied up.”  (Mae West)

She did go back to Hollywood in the 70s but both movies flopped. Sextette had an interesting cast that spanned pop culture history from the 1930s movie actor George Raft, to Tony Curtis, to Ringo Starr and Alice Cooper. Nearly blind by that time, Sextette was her final film at age 84. Still she broke more than a few stereotypes about age and sexuality performing on stage and in film throughout her sixties into her eighties.

“It’s not the men in your life that matters, it’s the life in your men.” (Mae West)

West passed away November 22, 1980 age 87 leaving behind a legacy that few could ever match.

“Too much of a good thing can be wonderful!”  (Mae West)

“I’ll try anything once, twice if I like it, three times to make sure.” (Mae West)

“I’m no model lady. A model’s just an imitation of the real thing.”  (Mae West)

“Marriage is a fine institution, but I’m not ready for an institution.” (Mae West)

“All discarded lovers should be given a second chance, but with somebody else.”  (Mae West)

“Cultivate your curves – they may be dangerous but they won’t be avoided.” (Mae West)

“Those who are easily shocked should be shocked more often.” (Mae West)

“I never worry about diets. The only carrots that interest me are the number you get in a diamond.”  (Mae West)

Amazon disclosure: Amazon disclosure: “We are a participant in the Amazon Services LLC Associates Program, an affiliate advertising program designed to provide a means for us to earn fees by linking to Amazon.com and affiliated sites.”