(Note: I’m doing the Haibun Road roundup later tonight.  A bit late I know (I’m still playing catch-up)  and then after that, I’ll put up the edition for week 9’s Haibun Road. I wanted to write a haibun for week 8 so here it is. So if you have one you wanted to write for Week 8, some possible themes are horses, taking short-cuts, horses, the kindness of strangers, farmhouses, farmers, and names of little children–remember a haibun is a paragraph followed by a haiku/senryu. I’ll add it to the roundup but put the pingback or link on the Week 8 post, not here)

Akari and I were driving some place in Japan. I forget now where. I remember we were driving along a main road through a mountain when we saw a road branching on the left. Having a good sense of direction (mostly), I said “Let’s take that road.” We were talking and laughing as the road narrowed.  The forest crowded round the car: gorgeous greens, the aroma of cedar, sunlight dappling down here and there. Akari said, “I don’t know about this.  It’s starting to look like a mushroom road.” “What’s a mushroom road?” “The road doesn’t go anywhere. People use it to go harvest mushrooms in the mountains.” And sure enough the road narrowed to nothing, well almost nothing, walking or biking one could have continue on what was now a trail.  Trees on each side blocked the car from continuing.  Akari pointed to the ground. Beneath the trees on each side were little pieces of wood propped up against each other almost teepee style.  I could see mushrooms peeping out from beneath the openings while bolder ones grew around them and on top.  I’d never seen a mushroom farm before.  There was no place to turn around.  Akari had to drive backwards until the road widened again and we could find a spot to turnaround.  Good thing she is an excellent backwards driver; not even a scratch. Neither one of us had minded getting lost and finding the mysterious mushroom trail.  The forest was magical; the conversation fun. I love getting lost when I’m traveling or exploring (as long as I can still see the way back, of course) because I always find something I’ve never seen before. Often my favorite photographs come from those days.  Oh now, I remember where we were going.  Akari and I were going to a coffee place she loved in Yufuin, up in the mountains.  Lost trails followed by glorious cups of coffee to the sound of Benedictine monks chanting made for a perfect travel outing. 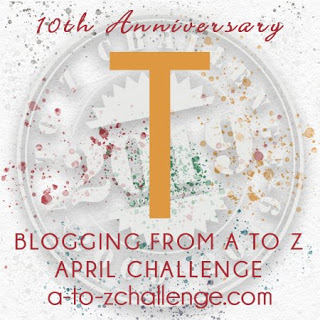 this time I used “lost trails”. I got back a mix of trail maps, a guide, a nonfiction account of being lost and a fictional tale.  Wild: From Lost to Found on the Pacific Crest Trail

sounds expecially intriguing.  I wish I had the guts of Cheryl Strayed. Apparently it even became a movie Wild 4k Ultra Hd [Blu-ray]

with Reese Witherspoon starring. (note, the Amazon items appearing for the search will change over time.  Wild: From Lost to Found on the Pacific Crest Trail

showed up on 4/23/19 and may not show up on a later date as other items may replace it. It was published in 2013 but remains popular so it may continue tot show up)