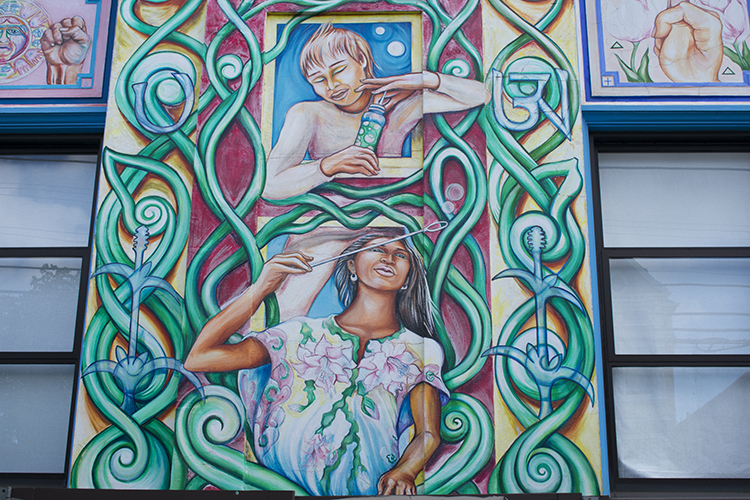 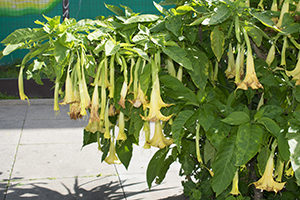 The tree’s flowers drooped unable to compete with the bright message of the school’s message. Four children around the entrance sign, “Welcome to Hawthorne School”, named after Nathaniel Hawthorne famous for the “Scarlet Letter”. The artist painted the faces of actual children in the school’s deaf class.  Scanning the school’s length, I recognized the deaf alphabet. I didn’t realize that they choose the symbol in each panel because it started with the same letter in English and Spanish like “baby” and “bebe”. The 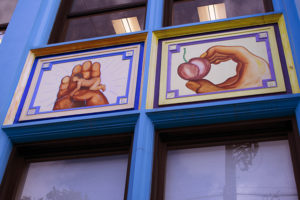 corners display the lower and upper case letters and also the Egyptian and Greek hieroglyphic roots. Celebrating the students’ and city’s diversity, large celtic trees held letters in a multitude of languages : Japanese, Hebrew, Russian, Chinese, Arabic, Thai, Cambodian, Hopi and others.   In the 1990s, the school name was changed to “Cesar Chavez Elementary School” along with other school changed to “Rosa Parks”, “Harvey Milk”, “Malcolm X” and others replacing “Francis Drake” and other names of Caucasian males to acknowledge the diversity of San Francisco.  Don’t droop, little tree.  The message here is you don’t have to compete; it’s okay to be yourself and share your uniqueness with the world. Besides I think you look cool too. 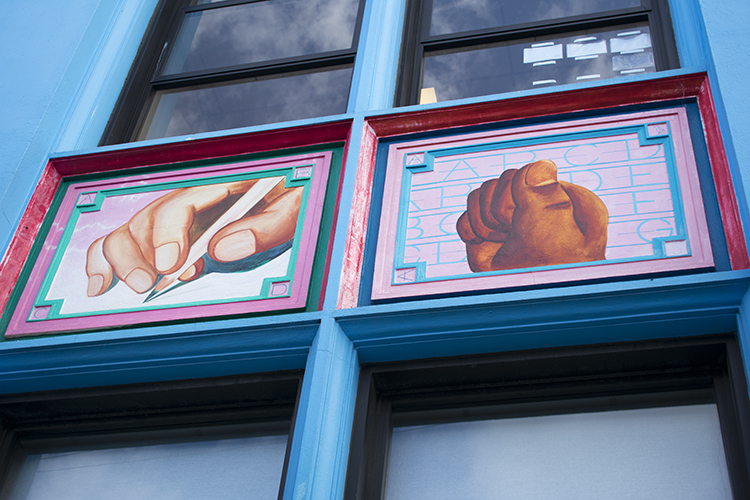 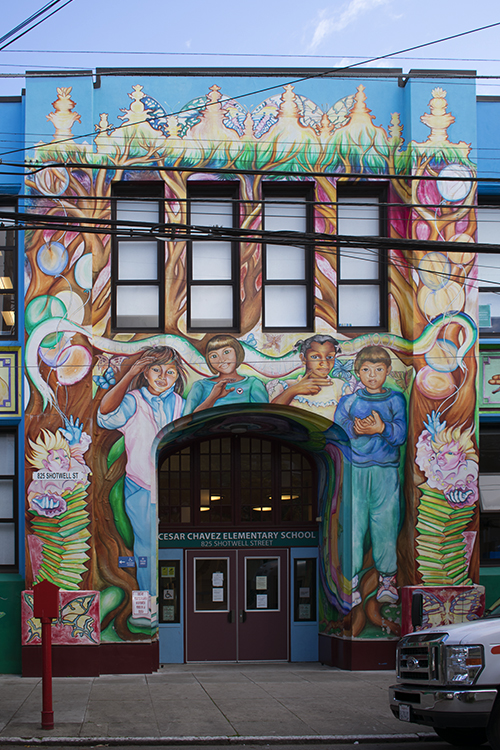 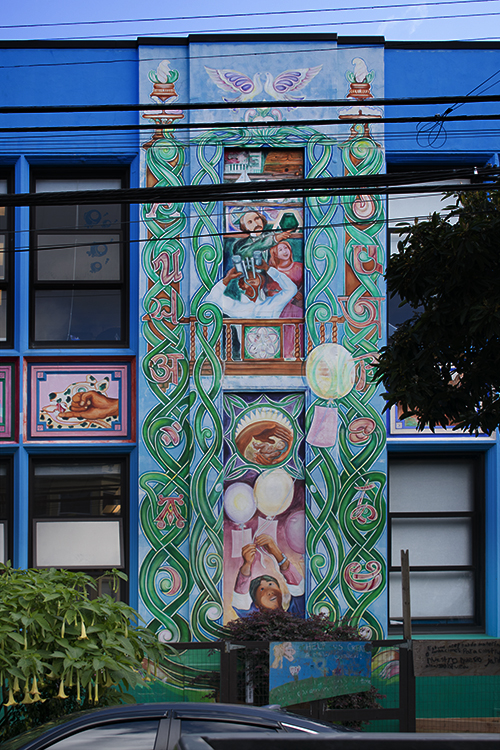 photos and haibun by M. LaFreniere, all rights reserved