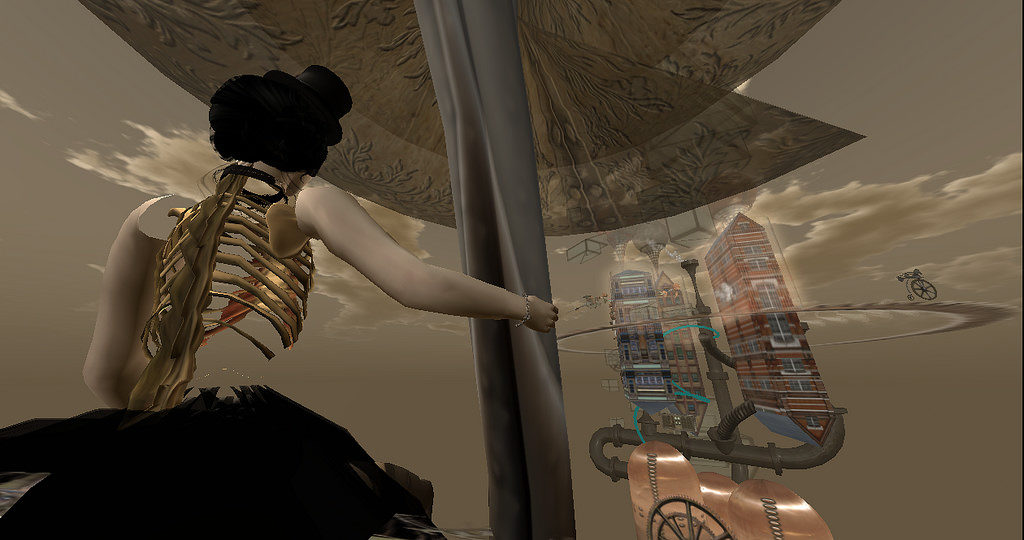 Tough being a zombie, all your bits falling off. Kind of gross you know. Turns out you don’t need the body because you’re kinda dead. Only not. Thank goodness, her face seemed to be alright, actually pretty damn good as it wasn’t ageing.

So she’d let the bits fall off until she was bone pretty much. They had wonderful prosthesis these days so she was able to find good durable top of the line arms and legs. Her ex, Mario, being a wise guy (he was not as funny as he thought he was but still he had his uses) was able to get her great ones off a truck. She didn’t ask where the truck had been.

Mario wanted to hire her. Figured the way she looked, he could send her in to talk to some slow payers and they’d catch up pretty quick. She told him she’d think about it.

The body was a problem though. Hmmmm.

Once upon a time she had known a sculptor into casting bronze. Knew in a biblical sense, you know, but that was ages ago. Carl was appalled when she came knocking in all her skeletal splendor. He hadn’t believed in much of anything before. Certainly not in zombies.

Well, neither had she actually not until Ben. Lesson number one, never take a wizard for a lover. Lesson number two, make sure your boyfriend is not insane before getting involved. She was never good about lesson number two. Huh, wonder if you’re still called a zombie if it’s a wizard’s curse instead of a voodoo curse?

Anyways, back to Carl. She’d felt fragile being all bone, you know. Bones are so easy to break. So once she got Carl to stop screaming — she did have to bonk him on the head lightly to knock him unconscious first — she explained that obviously she wasn’t going to eat his brains because where would she put it? She had no stomach any more. Like duh! She told him she’d come to him because he was the smartest, most creative guy she knew.

Okay, so she did lay it on pretty thick but he was pretty damn good at what he did which was metal casting. So couldn’t he like bronze her? Well, that calmed him down. His eyes positively glistened with the challenge. She wanted it to be pretty and not look like grungy steel.

She wanted a body that wouldn’t rust and would age well because she didn’t know if the curse extended her life forever or if she would pass at her normally allotted time. Only time would tell.

She would have asked Ben but Mario had taken care of him much to her chagrin. Even though they weren’t together any more, Mario still felt it was his duty to protect her. She would have preferred Ben alive because wizards aren’t that easy to find. She’d only met the one and he didn’t seem to have any friends which should have been a clue. She had hoped she could get Ben to reverse the curse. Ah well, boys will be boys. Mario meant well.

Carl did a good job. He coated her in bronze which shone like gold on her bones. She was surprised, expecting the bronze to be brown but he said only if it had a patina. He offered to put a patina on but she liked the gold. Carl warned her the gold color wouldn’t last, with time weathering would create it’s own natural patina, probably going towards a turquoise green due to the copper.

She liked the gold though. “Gold goes with everything”, she said. Very fashionable. Carl offered to overlay the bronze with gold but she’d have to get the stuff. He certainly didn’t have it laying around. Too expensive. Carl cocked his head because even he could see the wheels turning in her head. He amended his offer. He’d do it if the gold wasn’t stolen.

Yeah, right, she thought walking out, no stolen gold. Even though a couple of husbands had passed (not her fault!) and she’d inherited their estates, she didn’t have that kind of money for the amount of gold she needed.  She thought about it.

Carl wanted to see her again, to have her model like in the old days.  She’d given him a marvelous idea about a new series. She told him she’d think about it.  That wouldn’t pay much although it was always interesting to see where his ideas went.  Mario’s job offer wouldn’t pay enough either.

Mario was always up for a good heist. He was a decent guy for an ex. She’d just make sure the gold wasn’t traceable. Besides even if Carl told a copper he was using the gold to coat his exfiancee, they’d lock him up for insanity for sure. No one believed in zombies. Wizards, yes. Zombies, no.

She walked off. Time to see a man about a job.

SLife on the Flipside Image prompt for writing or art: poetry, stories, whatever