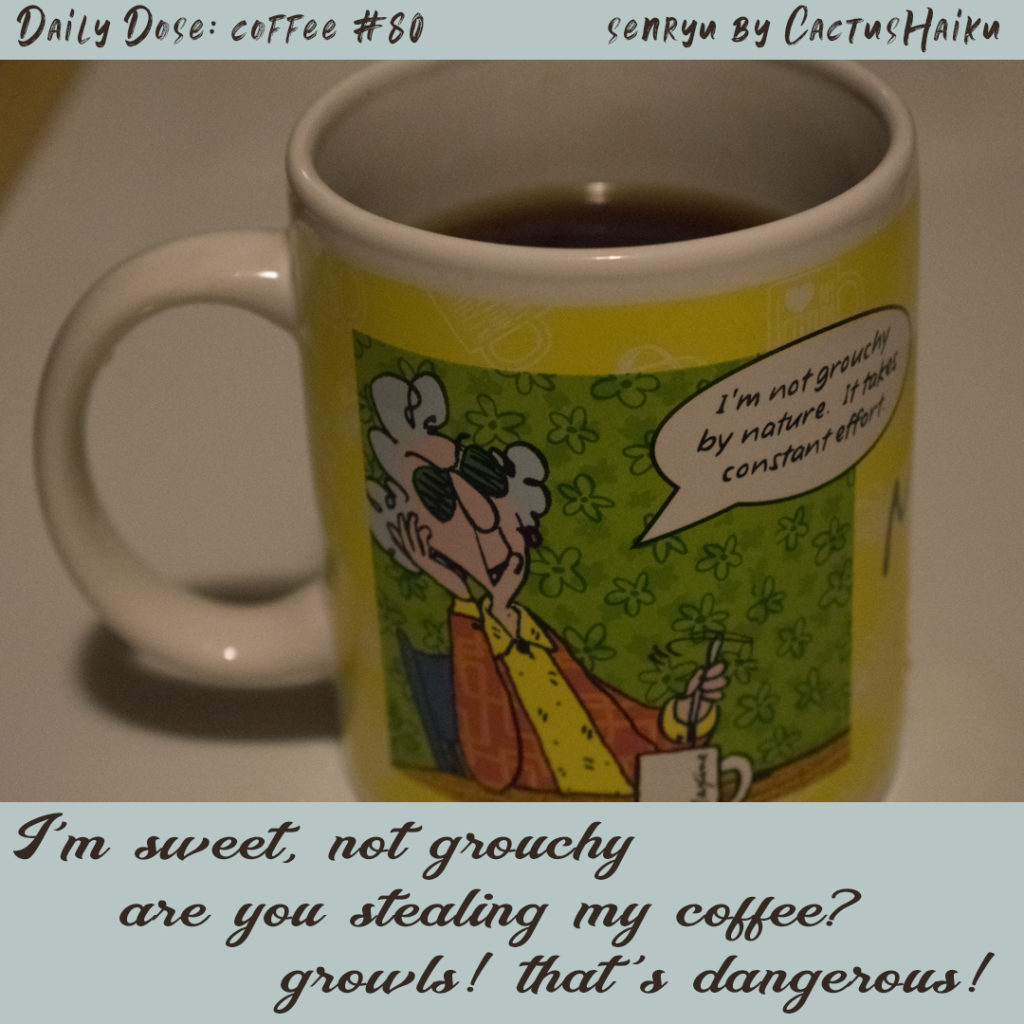 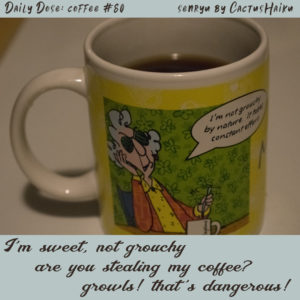 It’s been a rough couple of days. My allergies has soared through the roof on the weekend. I should buy stock in tissues. Then yesterday morphed into a cold so I didn’t feel much like eating. Had a mango for lunch and some blueberries for dinner. Really couldn’t face anything heavier yesterday.

My car is dead as a doornail. I’ve towed it to the dealer for a diagnostic because I’m tired of people replacing parts and saying afterward that the part they took out was new. (I bought the car used) More than $1500 in repairs last year. It seems to me the previous person had the same problem — car wouldn’t start and went through replacing battery, starter and alternator. Irritating. You think a mechanic would say by the way, the part has already been replaced maybe I should see if the part is good and if the part is good then I won’t put in and maybe do a little mroe research to see if it requires a different solution to get it started consistently. But no…

The dealer said diagnostic would be $149 but hopefully if a part gets replaced then the car will actually work for more than a few days. Unfortunately it’s taken the last bit of my savings already so I am very very low on funds. I did get a holiday gig which is over so that money fixed the roof with the first paycheck and the second paycheck will hopefully cover fixing the car.

But I’m not grouchy, I’m happy.

Cactus Haiku has been down nearly a month because I mucked up renewing the security certificate.  The good news is that mistake helped me to do it correctly for Cactus Catz and OnBlogging.com.  Today I decided to try to fix it.  I weigh under 200!  I can do anything.

First thing I did was totally crash my site.  Ok, maybe this was not a good idea.  I had to take off all vestiges of the old security certificate to put a brand new one on.  What I didn’t know is that when you have a https site, it automatically is wired to go from http to https and when you take off the security certificate, it still tries to do that but the https doesn’t work without the cert…. Geez, is nothing simple.

Called tech support.  He can’t tell me directly because this is s a free security certificate but he did say here’s an faq on how to set up your site to go from http to https.  Just do it in reverse.  What do you know?  It worked.  (not in firefox which tries to take you to the https regardless but I was able to check it on another browser.

I was able to install a new security certificate and now everything is working!  yay!

Now I can start catching up with everybody since I’m not tangled in techy stuff.  I am so not a techy person.

That’s the thing I think. You can focus on what makes you grumpy or what makes you happy because you’re going to get both. Life is very yin and yang that way. I choose happy.

sneaks off to eat an omelette with bacon….oh, how I have missed you bacon. And then top it with a Boston Creme cupcake to celebrate. (The cupcake is Winter’s fault.  He was raving about Hartford Creme cupcake which apparently is the same as the Boston but given a local name). After that I was good.  Went to the store to buy spinach and blueberries for home. And you know what? I only went up to 199.5. I’m still under 200. Yay!