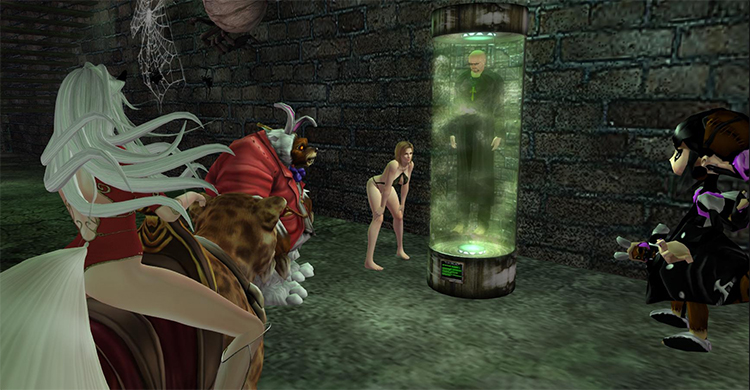 oh look, what is it?
specimen preservation
catalogued : human

“Don’t they have fangs?”

Everyone leans in for a closer look.

“It doesn’t have fangs.”

“No way. Look at those weird ears. They’re all rounded. And little. I don’t think they’d be much use.”

“What does the inscription say?”

“The last human from the planet Gaia”

“Ooooh. Didn’t they blow up their world?”

“I heard they filled the water and air with poison.”

“Who would do that? That doesn’t make sense.”

“I heard that too from the Fox clan. They said their ancestor mother asked to migrate here with her kits because there was no wild and no food on Gaia.”

“No wild? How is that possible?”

“Humans ate all the food?  It’s not that big. How could they do that?”

“Oh maybe that’s when the dolphins and whales filled our oceans.  There’s that popular ballad about all the Gaia animals and birds flooding here centuries ago.”

“Didn’t the humans notice everybody was leaving?”

“Sure they did. They had seers who declared the animals and birds were going to Extinct.”

“Their seers weren’t very good. Our world is called Xozencti.”

“No, I guess their seers couldn’t have been very good or this wouldn’t be the last one.”