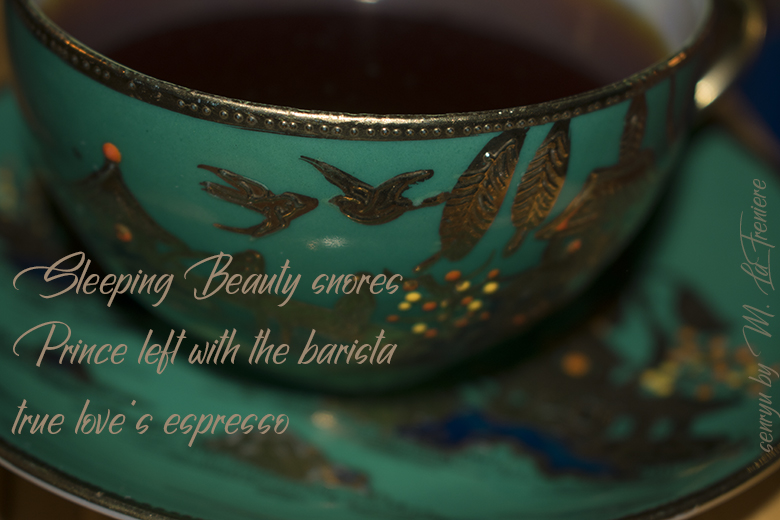 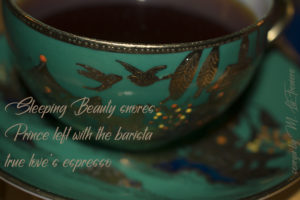 And yes for those who recognize it, the cup is a variation on the blue willow pattern.  I can’t read the maker’s mark since it’s in Japanese which means it wasn’t made for export.  Probably brought over by an American GI and his wife after being stationed in Japan postWWII.  Could be up to the 1970s but was probably somewhere in the 1940s to 1960s.  I have no way of knowing for sure.

Growing up in the Air Force though, we were in Japan andOkinawa from mid 1960s to early 1970s and so were a lot of other families.  Being stationed int he Pacific Rim gave many a young man a chance to fall in love among the cherry blossoms so quite a few brought home Asian wives. Davis Monthan brought in a lot of Air Force personnel to Tucson who eventually retired here and once upon a time there was a thriving community of Japanese and Okinawan wives of GIs.  They are getting older now and passing away one by one.  It is/was the community of my mom and her friends.

I found this cup and saucer in the thrift store.