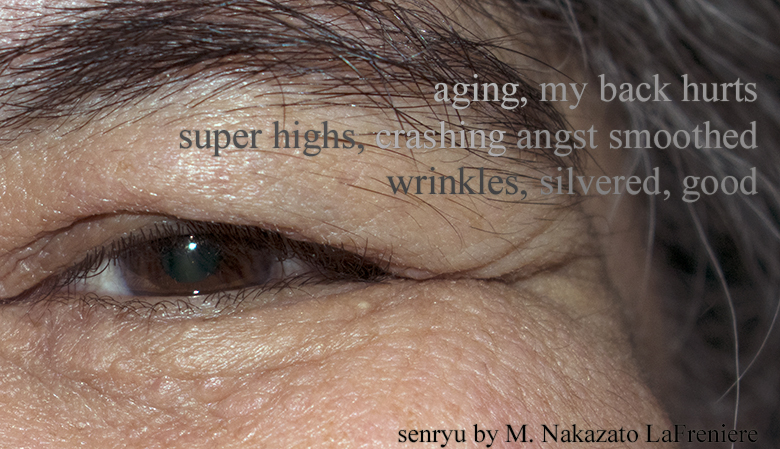 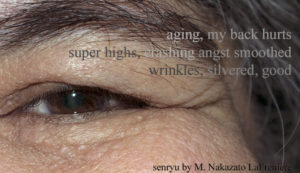 Yeah, my back hurts.  My eyes are going; my hearing fading.

I remember my 20’s.  The spiraling highs.  Egads, the energy!  Running, dancing, walking.  The crashing depressions — really for no good reason at all.

I’m calmer now.  My emotions leveled.  While I care what people think, it’s not that important either.  What matters is how I choose to live. The decisions I make, I live with.

Are they good ones?  See, that’s the thing I’ve realized as I’ve gotten older.  You only find out sometimes if something is good or bad later because the future unfolds in unexpected ways. And if you find out the decision you made isn’t quite going where you want, you can make a new decision.  I worried so much in my 20s about what I was going to be, what I was going to do — like any decision made would be forever.  But each decision opened a road that I traveled for awhile but would eventually fork.  And as I travelled, each way taught me things I didn’t know about, opening other roads I also had no inkling of previously.

All that agonizing back then? For what?  Shakes my head.  It didn’t make me a deeper person.  I used to think it made me more creative but I’m more creative now because writing everyday has unsprung something in me.  All that angst ever did was made me stuck, centered around myself in a way that was not good. You can’t travel the road if you’re stuck on the roadside crying your eyes out.  Wipe your eyes and go.  Just go. Traveling, going down the road, learning, making decisions, living, changing directions, evolving.

Being with mom the last few years was good for me.  Studies show people with cancer live longer when they are positive and around people who are positive.  Both my mom and I tend to be pessimistic and had a tendency towards depression which was a problem then.  I had to change radically psychologically to help her .  I had to become positive, always believe that the cancer would get better.  I had to carry her with my belief.  I found out after the fact that the initial doctor didn’t expect her to last a year. She lasted more than 8.  In the end what got her was not the cancer but the side effects of her medication.

Those last eight years with her were a gift.  Not only did I get to know her better but I changed.  I learned how to be positive, how to believe in something even when no one else around me does.  However, much to my mom’s chagrin, I still did not learn to be a good housekeeper.  Good and bad, life is a balancing act.

When my mom died a year ago,  I needed a time out to not rush back into civilization, a space near Walden Pond as it were. I’ve spent a lot of time alone this year by choice.  I’ve been surprised at how much the solitude has agreed with me.    My year at the Pond is up though.   So now what?  I don’t know.  The road will unfold as it always does with surprises.

Yeah, my back hurts.  My eyes are going; my hearing fading. But life is good.  Still learning, growing, changing.  You couldn’t pay me to be 20 again.  I like my wrinkles and silvered hair.