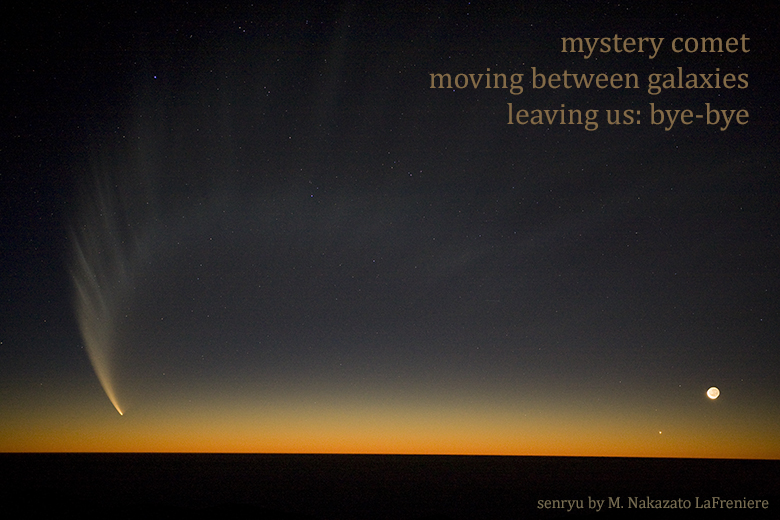 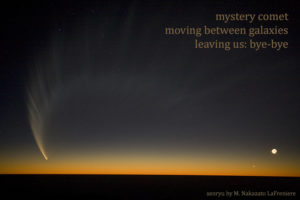 Coming from the direction of the constellation Lyra, the asteroid or comet sped through our solar system, passing between the sun and mercury, making a hairpin turn around earth (15million miles away) and speeding off towards the constellation Pegasus.

NASA says, “A small, recently discovered asteroid — or perhaps a comet — appears to have originated from outside the solar system, coming from somewhere else in our galaxy. If so, it would be the first “interstellar object” to be observed and confirmed by astronomers.”

Small Asteroid or Comet ‘Visits’ from Beyond the Solar System, October 26, 2017, NASA