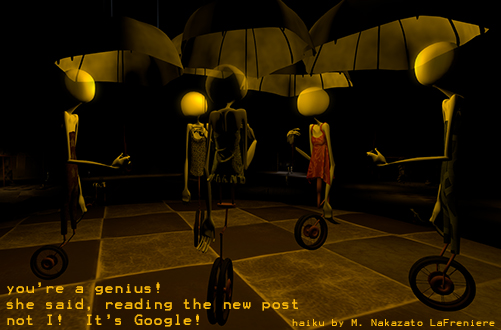 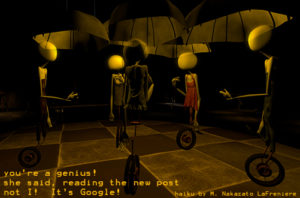 you’re a genius!
she said, reading the new post
not I!  It’s Google!

I’d love to take the credit but I know nothing.  My mind is like a sieve, barely holding dribbles. I’m lucky to remember my name, laughing.  Thank goodness there is Google and Wikipedia and all the named and nameless sources out there. 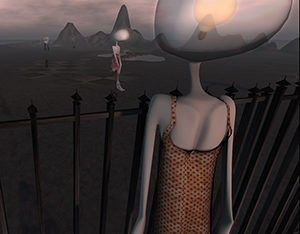 As much as everybody says you can’t believe what you read on the web, it’s also become the new encyclopedia, the go-to spot for stats, data and who was what when. Thank goodness, my fingers do the tapping, searching, exploring the interconnected universe of information.

My blog has become my stickie, my jottings down on the napkin recording  the random things I come across that I want to remember like …. the British made instant snowballs, just add water!  Now I can throw snowballs in Arizona in July!  It’s genius!  Laughing

You can now make your own snowballs at home using this genius new gizmo – even when its hot out by Nathan Bevan, The Mirror, October 6, 2017

Photograph:  Photographed in Second Life. Taken at Metales sim.  Set design (landscaping and many of the “people” standing around) by Romy Nayar.  Romy Nayar also gave away the avatar costume as a freebie so that’s me standing by the fence.  Waves.

(if you don’t think it’s a photograph, you’re bonkers — I have to choose lighting, camera length and angle as well as find cool cool places to take photos in and if that’s not a photograph, I don’t know what is.  It is not a predetermined image as in most games where painting and everything is done by their game company. It’s also digital art.  It’s complicated, lol, because it’s an inbetween sorta place).