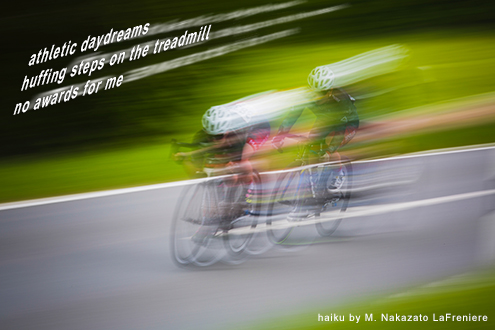 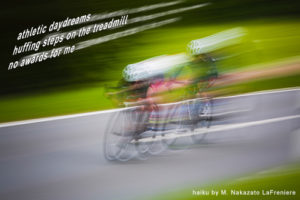 athletic daydreams
huffing steps on the treadmill
no awards for me

Photo by Markus Spiske on Unsplash

(Note posted originally on my photo blog earlier: Sad about Las Vegas. Today I’ve been thinking about it like everybody else. The Constitution says we have the right to bear arms but it does not say we have the right to own guns or to bear automatic weapons for that matter.  Back in 1776, a musket had to be reloaded after each time it was fired.  Six-shooters were not invented.  Even Nock’s and Segallas’ pepperboxes didn’t happen until 1790 and didn’t become popular until 1800s.  They had several barrels which were hand-rotated. If nowadays people could only own a weapon that could only fire once before having to be reloaded like in 1776, people could exercise their right to bear arms but damage would be limited as loading takes time.  It would give people time to escape and law enforcement to arrive. And wild game hunters shouldn’t complain because then actually hitting something would take skill because you’d have one shot before everything ran out of the area.