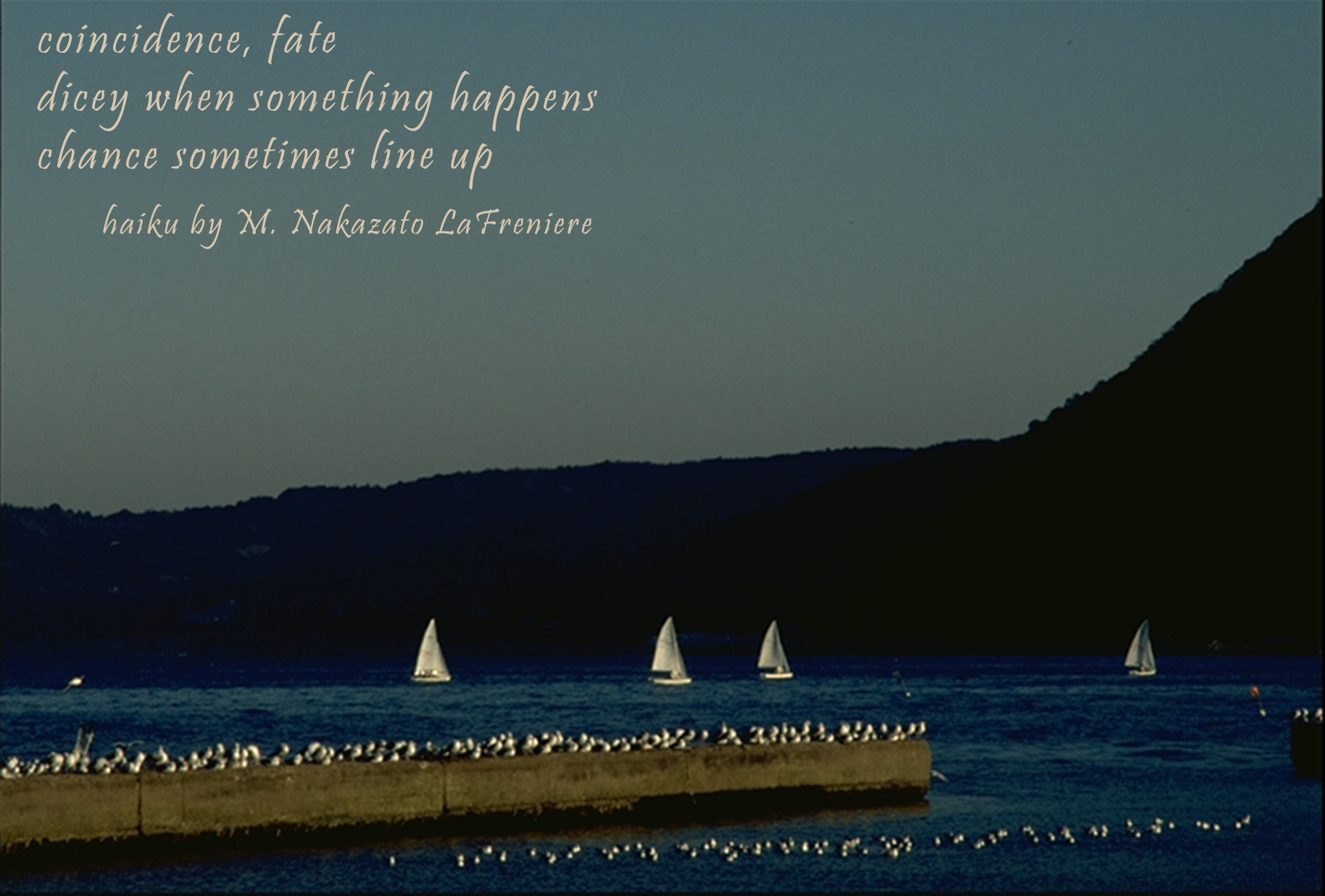 coincidence, fate
dicey when something happens
chance sometimes line up

The Bored Panda put up a quirky and wonderful collection of images in “10+ One In A Million Coincidences That Are Hard To Believe Have Actually Happened”.

10+ One In A Million Coincidences That Are Hard To Believe Have Actually Happened by ​Marija Bernatonyte, Bored Panda

Then using that Bored Panda article as a base, the Daily Mail added other Bored Panda images for a lot more coincidences.  They’re fun.

What a coincidence! Amazing snaps that are so perfectly timed they will make you believe in fate, By Siofra Brennan For Mailonline, 9/20/2017

In one picture I adore, the bird landed on a book with a picture of it’s same species.  The comments by everyone underneath it is a hoot in Bored Panda.  The original Norwegian article, – Hæ? Er jeg ikke mer enn 13 cm? , reported the then 14-year-old boy said the bird usually jumps on his hat when he fills up the birdfeeder and he still had a seed stuck to his thumb after he had finished. The boy has grown up to become a nature photographer. (the norwegian “translation” was in the comments in Reddit.  I can’t read Norwegian so ….)

I didn’t repost the other images in the articles as I’m a little fuzzy as to whether they are copyright free or not.