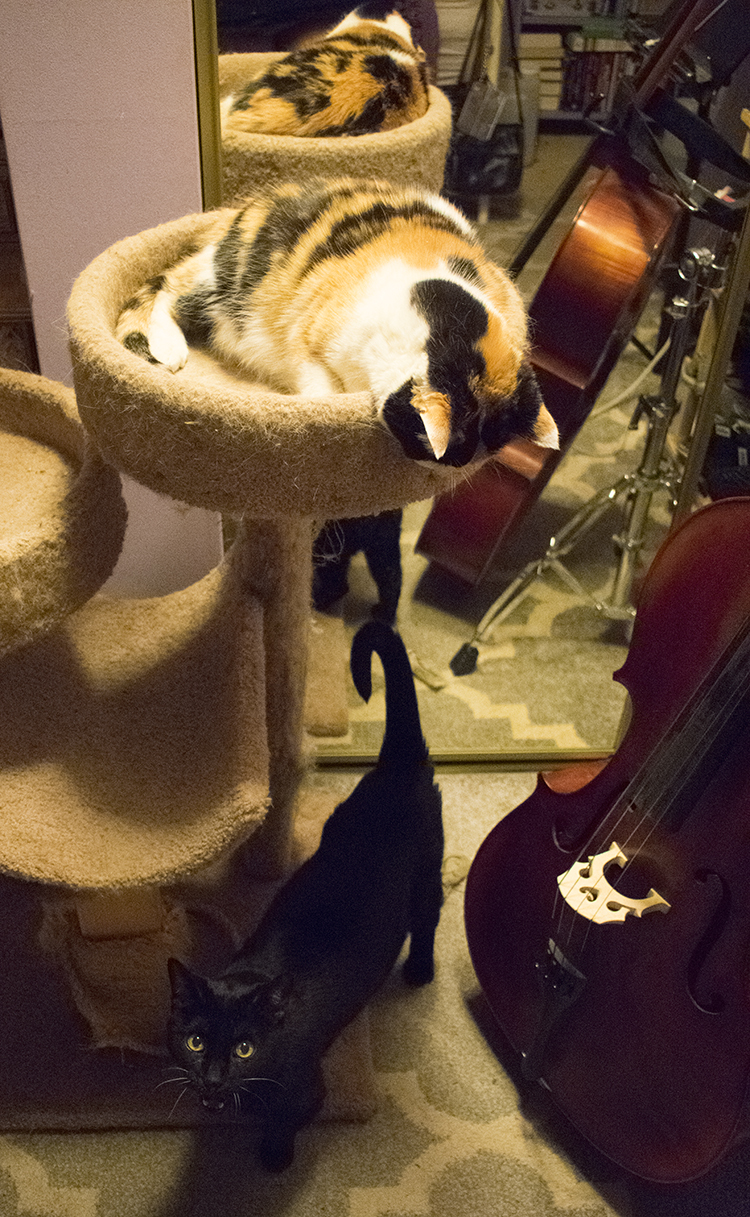 I posted the next bit 8/10/18 on Cactus Catz initially.  I put it here too in case some people are interested in the Pinkie and Midnight travails. (With any luck, I’ll be driving home tomorrow).

While staying at Lupin, Pinkie and Midnight are starting to get physically closer before the hissing and snarling. I think being out of their environment has helped to change the paradigm a bit. At home, they could be in two separate rooms but if there was a line of sight, they would start hissing.

Initially I stayed in my friend’s daughter’s room as her daughter was on a summer trip. Pinkie loves climbing upon the cat tree here and would nap on the top one. She would snarl any time Midnight came close.

Except this one time. Midnight was looking at himself in the mirror and Pinkie couldn’t figure it out. “Who was he looking at? There is no one there.” You can see her staring down at him and being perplexed enough not to hiss. Curiosity, apparently, trumps territory issues.

When the camera clicked, Midnight turned around to see what I was doing. Hmmm, seems both cats are curious.

The Ragtag Daily Prompt now has it’s own blog site called the “Ragtag Community“.  Each day of the week a prompt is presented by a different person.  Today’s is “cat” by me, Cactus Haiku. Come and participate by posting writing or images evoked by the word and add your pingback or link to the comments there.  Hope to see you at Ragtag Community!

Awww, Monday
Comedy Plus was kind enough to link my cuties.