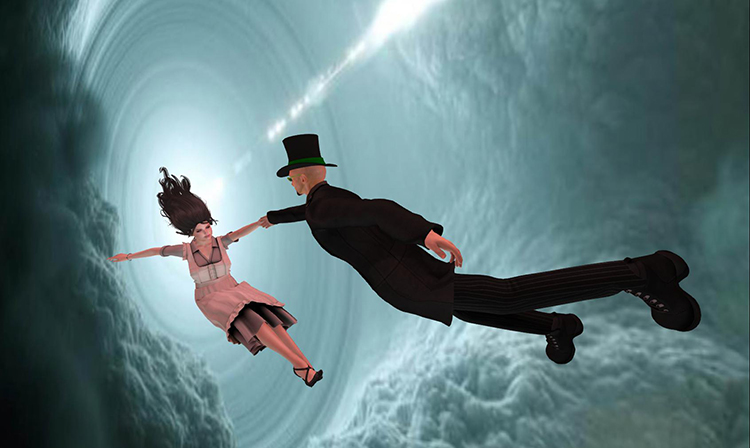 abide by the rules
thinks about it … maybe not
break some, mend others

The houseowner said don’t open that door. Well, of course, I had to. Don’t want to be working for a serial killer now do I?

So that’s how I got sucked into a vortex.

Morale of the story: if someone says don’t open the door, quit!!! Anyone who hides a vortex behind a door is bonkers. Besides he still could be a murderer. Great place to dump a body.

Well, he did rescue me so he’s not a bad boss and obviously too nice to be a killer or he’d have left me there.

The Ragtag Daily Prompt now has it’s own blog site called the “Ragtag Community“.  Each day of the week a prompt is presented by a different person.  Today’s is “abide” by Gizzylaw, Talkin’ to Myself. Come and participate by posting writing or images evoked by the word and add your pingback or link to the comments there.  Hope to see you at Ragtag Community!